What are the pros and cons to changing to an AIR2 type octopus?

ANSWER: AIR-2 systems, also known as regulator inflators, combine the function of your alternate air source (AAS) and low pressure inflator (LPI) into a single unit. They are popular because they simplify scuba diving equipment configuration, but many divers don’t consider the potential drawbacks.

If you’re going to change your AAS system to something different; DO remember that you’ll need to learn and practice an entirely different air-sharing protocol. In the case of AIR-2, that’ll mean primary donation to the buddy (out of your own mouth) and YOU switch to the AIR-2. 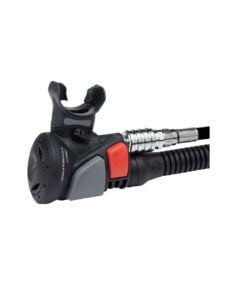 That’s more complicated, so you’ll need to rehearse it quite a few times to make the skill reliable. You’ll also need to brief, and ideally rehearse, the procedure with your buddy as part of the pre-dive ritual.

You need to practice diving skills with new equipment

As you’ll be ascending with the AIR-2 in your mouth, you’ll ALSO have to practice controlling your buoyancy (adding and dumping gas from the BCD) in that scenario. Also remember you’ll have one hand engaged holding on to your buddy (gas donation recipient).

Again, far more complexity is added – so don’t be complacent about doing it.

An AIR-2 simplifies your equipment, but complicates your diving

AIR-2 may simplify your kit, but it complicates your procedures. When considered this option, don’t forget to calculate the negatives, and not just fixate on the positives.

Lastly, as you’ll be donating your primary second stage ‘from the mouth’ – do consider that the hose may need to be a little longer than what’s originally fitted. Primary hoses tend to be shorter than octopus/AAS hoses.

Whilst an inflator regulator simplifies your scuba configuration, it does create impediments to effective air sharing. If you’re planning deep recreational dives, then it may be prudent to equip yourself with a redundant gas pony system.